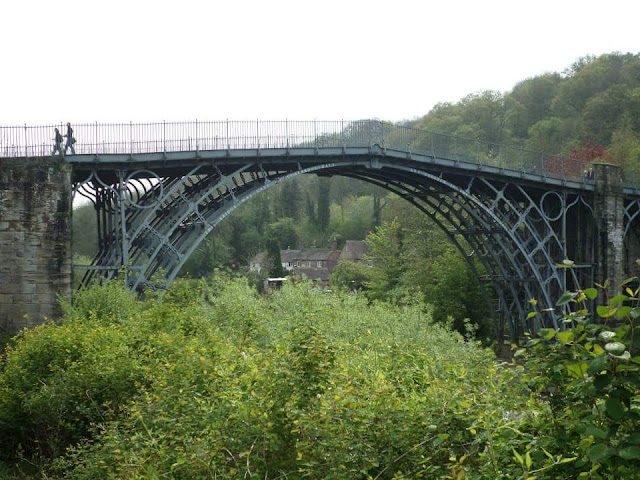 In my last article I said I'd be looking at the Celtic vegan scene but, on reflection, I thought I'd stay "oop north" for a while, as I do love it there.

A lot is made, usually for economic or comic purposes, of the so-called North-South divide. Where does "The North" really begin? Northumbria, Cumbria, Lancaster and Yorkshire are all undoubtedly and proudly "of the North" but beyond these areas? Manchester and Liverpool both used to be part of Lancashire and so are still "proper northern" but what about Cheshire, Derbyshire, Nottinghamshire and Lincolnshire? Is it a matter of accent? There is no one northern accent: Liverpudlian, Mancunian, Cumbrian, Lancastrian, Yorkshire (and there's no single accent here), Geordie... Even Barrow-in-Furness has its own micro-accent!

In the South, particularly the South-East, the horrible strains of "estuary English" have seemingly triumphed, particularly amongst young people. Its main features are the "rising tone" at the end of each sentence, even when that sentence is not a question, and a sort-of drawling vowel on the second syllable of a word: the shop Primark becomes "Preye-maaaaark"; Costa Coffee becomes "Cos-taaa Coff-eeee". Estuary English seems to have arisen from a mixture of London accents, pushed out of the city as house prices soared mixed with the accents of Australian daytime soaps. It reached its apogee with the program, TOWIE.

I was waiting for a bus in Sheffield when a guy asked me a question. I got a sudden shock as I realised I had not understood a word. I pretended I hadn't heard him and said "Sorry, what?" and he repeated himself:
"Dje noo wan neks booz iz coomin?"
"In about 5 minutes."
"Grayte, thanks."
I soon got used to the accent and after a few weeks realised that I was now saying "pass" to rhyme with "mass" and "bus" to rhyme with "puss". One thing about being a language-sensitive nomad is that I find my speech patterns shifting as I move around: this is not conscious on my part. (After living in Sweden for two years I discovered - because my friends laughed at me - that I had the hurdy-flurdy-gurdy intonation of a comic Swede!)

The online satiric magazine, The Rochdale Herald, which is very, very funny, once ran a story (later echoed on the TV show The Mash Report, also worth a watch): "Londoners fear for lives after Northern man says "Hiya!" on Tube". As with most satire, this has more than a grain of truth. Oop North, people do still say hello to each other regularly, even if they're strangers. I look after a lot of dogs and therefore do a lot of dog-walking (not "Dogging", as Kayleigh refers to it in Peter Kay's Car Share - if you haven't seen it you have missed a comic treat) and every other dog-walker says "Hiya". If you reply, they may even - gasp! - stop and chat. In southern climes they may nod or, more often, scurry quickly past, like Catherine Tate's home-counties mummy confronted with a Northern nanny, fearing for their lives: "Quickly, hurry Snoodles, Pugacockapoos are in big demand in the wildlands of the north." 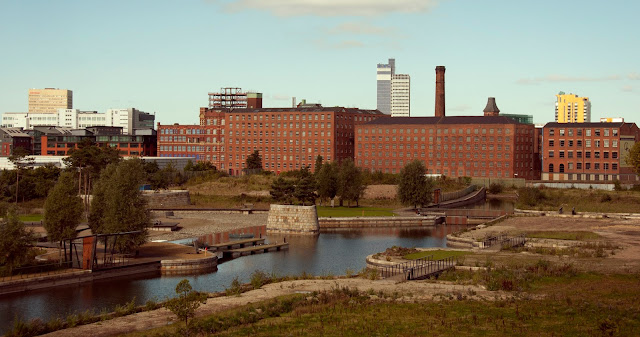 What Britain seems to have forgotten, in its service-based and financial economy, is that the modern world began in the North. Everywhere you go you are presented with the history of the Industrial Revolution. Tourists to the UK marvel at the stately homes and chocolate box villages and miss out on the canals, mills and factories, which are equally as fascinating and much, much more important to the story of our times. Yes, I find the Brighton Pavilion fascinating but The Derwent Valley with its workshops and mills; this is where the revolution started. This was the birth of the modern. Quarry Bank Mill, where The Mill was filmed for Channel 4, is breath taking. Standing on The Iron Bridge at Ironbridge, near Telford gives me every bit as much gooseflesh as Tower Bridge. The beautiful workers' villages at Port Sunlight and Saltaire deserve the same sort of adulation as is paid the "Dreaming Spires" of Oxford. (And you don't get ripped off at the former.)

The North perhaps is a state of mind as much as a geographical place. As a place, it has not been served well by its southern "masters". It has always been a place of rebellion: William "the Conqueror" (who should be known as '"William the bastard usurper") infamously scoured the north, resulting in a depopulation of areas that persists to this day, and Henry VIII (a greedy psychopath who for some reason is venerated) crushed The Pilgrimage of Grace when the Northern people (and it was the people, not just the nobility) objected to his dictates on religion. In more recent times we have had the Thatcher government's conscious decision to rip the life out of British manufacturing and mining, to ensure that political power remains in the south, where their party's support base lies. The Battle of Orgreave should be remembered as much as any battle of the Civil War. But, the stubborn and bloody-minded North always rises again; without fuss or fancy - that's the preserve of the softerners! (sic)

But, lest you thought I had forgotten, it's the same with vegan nosh. When first I went north it was a bit of a vegan desert (but, outside of London, Brighton & Norwich, so was everywhere else) but now, you are never very far from good vegan food. I mean even that quintessential food of the north 'Black Pudding' has a vegan incarnation V-Pud made by The Real Lancashire Black Pudding Co. and it tastes great! The Macclesfield Treacle Market is one of the great farmers' markets of the UK and there wonders such as Vegan Sticky Toffee Pudding can be found. Lancaster has The Whale Tail, the Roots Cafe and Cafe 21 with amazing views of Morecambe Bay. (One of the most undervalued scenic areas of England. A sunset over Morecambe Bay rivals any I have seen.) The little lakes town of Keswick (perhaps my favourite town) has Kat's Kitchen where you can grab a cake and coffee while your dog gets a treat too. (Bar dogs from your shop in Keswick at your peril!) Manchester's vegan scene is exploding as it cements its status as the Powerhouse of the North. Sheffield, as I have said previously is a vegan's dream. Ramsbottom, near Bury, has Lolo's, as sophisticated a vegan cocktail bar as you could find anywhere, but also good for a quick snack for you and your pooch after a long walk.

I think that one of the most influential factors in the growth of veganism in the North has been the spread of dedicated vegan festivals and fayres. Once these were limited to Bristol (the first and still the biggest), Brighton and London but now they are held from Newcastle to Blackpool; from Liverpool to Leeds. It's easier than ever to be a Vegan Nomad!

P.S. Before I sign off I must mention WM Sanctus and CO Ltd of Wigan who make the mighty, Uncle Joe's Mint Balls (The only item of confectionery I know that has its own song.) These have the Vegan symbol proudly printed on their wrappers and have proved invaluable on cross-country cycles. As the slogan promises they really do "Keep You All Aglow".