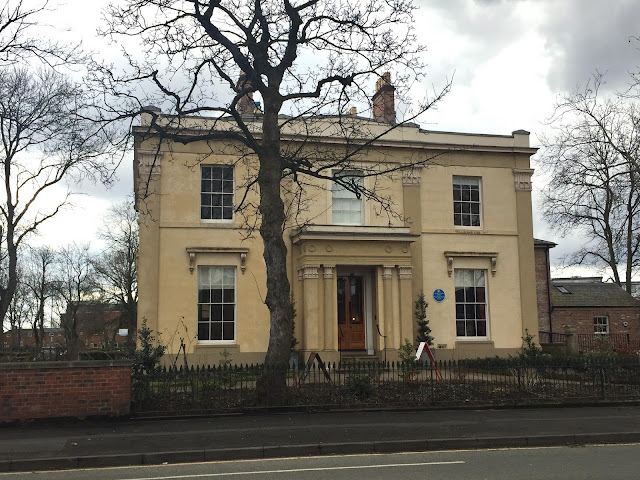 To celebrate International Women's Day, I visited Elizabeth Gaskell's House in Manchester. Elizabeth Gaskell was an extremely influential writer in the Victorian era (she wrote Cranford, Mary Barton and North and South, amongst many other things), and a very interesting and inspiring woman all round! I knew a fair bit about Elizabeth before visiting the house, but came away having learnt a great deal more and feeling rather in awe of her and her vibrant life. I also pondered the question of whether we can class Elizabeth as a feminist...

Elizabeth was born in 1810 in London, but moved to Knutsford (where Cranford is set) to live with her aunt when her mother died just over a year later. In 1832, Elizabeth married William Gaskell, assistant minister at Cross Street Unitarian Chapel in central Manchester. The chapel, albeit in a different building, is actually still on Cross Street today. The couple settled in Manchester and moved into the house on Plymouth Grove with their four daughters in 1850. 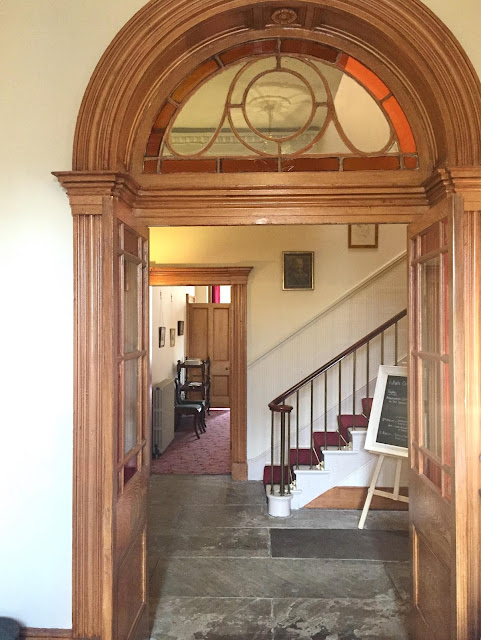 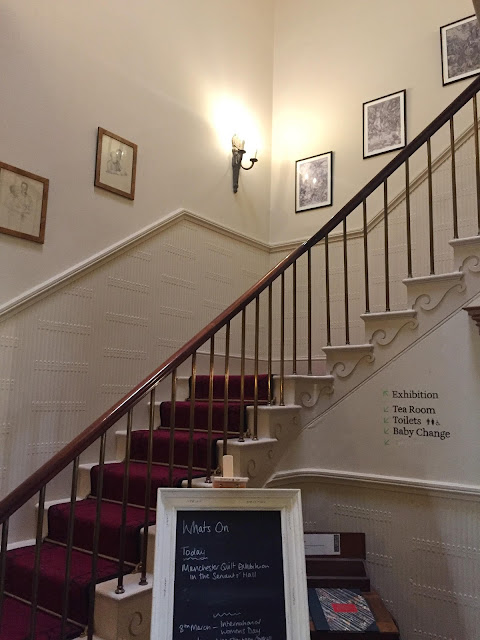 The Gaskells lived in Manchester during a hugely significant time. The era saw a great deal of social and political tension, and although Manchester was prospering as the industrial powerhouses of Britain, the working class were suffering and living in squalor, despite working endless hours in dangerous and demanding jobs. At Cross Street Chapel, the Gaskells saw first hand the plight of Manchester's poor, as the Unitarians were concerned with the rights and welfare of the working class. Elizabeth's involvement with the working people of Manchester is echoed in her 1848 novel, Mary Barton, subtitled: "A Tale of Manchester Life". In this famous novel (which is still popular and well studied today), Elizabeth brought to light the suffering of ordinary people and the unfair social system. A volunteer at the house told us how the Gaskell's mill owner friends were not too happy at Elizabeth's portrayal of Victorian businessmen, but I think it's admirable that she highlighted the unjust system whilst being amongst a middle class crowd herself. She had her own mind and was not afraid to say what she thought, a big thing for a Victorian woman! Elizabeth held a mirror up to society unapologetically, and her writing caused a big stir... she even caught the attention of Charles Dickens. 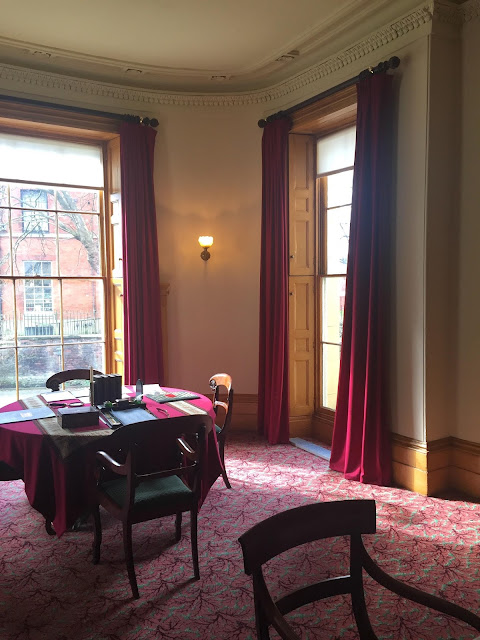 Interestingly, Elizabeth initially published her writing anonymously. I wonder whether this was because she thought her books wouldn't be so popular if readers knew they were written by a woman? (Amazingly, even today we seem to have this issue. J.K. Rowling chose not to write under Joanne Rowling, because she thought boys might not want to read books written by a female.) Eventually however, Elizabeth's identity was realised, and her readers began to call her Mrs Gaskell - how old fashioned... I can't imagine calling J.K. Rowling, Mrs Rowling! 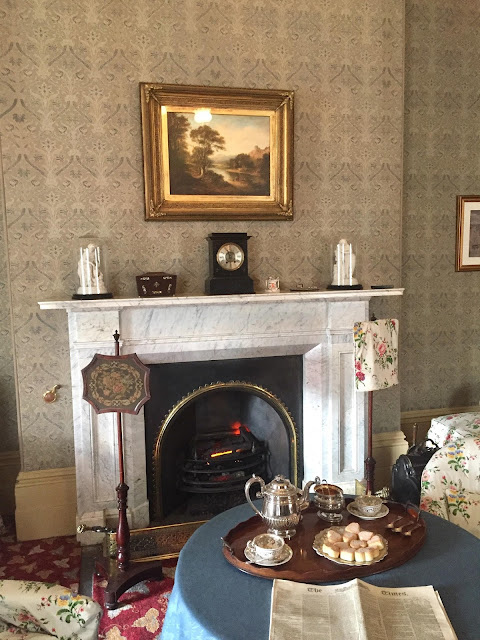 The Gaskell's house was a lively creative hub and they had a constant stream of interesting visitors. You can't imagine a matronly, reserved "Mrs Gaskell" residing there, and Elizabeth definitely could not be described as either of these things. Today, the house seems to be very out of place amongst modern houses and is just a five minute walk from The University of Manchester. I find it so strange to think that when the Gaskells moved in, the house was far from the grime and smoke of the city, and Elizabeth even noted that she could see countryside from its huge windows... as in the present day, 84 Plymouth Grove is still very much inner city Manchester. I was shocked to find out from the volunteers that the house had been sold and the Gaskell's belongings auctioned off after Elizabeth and William's last daughter died in 1913. In 1968, the house was bought by the university and used as accommodation (can you imagine your students halls being in a grand house where Elizabeth Gaskell lived and Charles Dickens and Charlotte Bronte frequented?!). Unfortunately, the house was not in a great state when the Manchester Historic Buildings Trust bought it in 2004, but after restoration, the house today resembles what it would have been like in the Gaskell's day, and it once again has a creative and happy vibe. 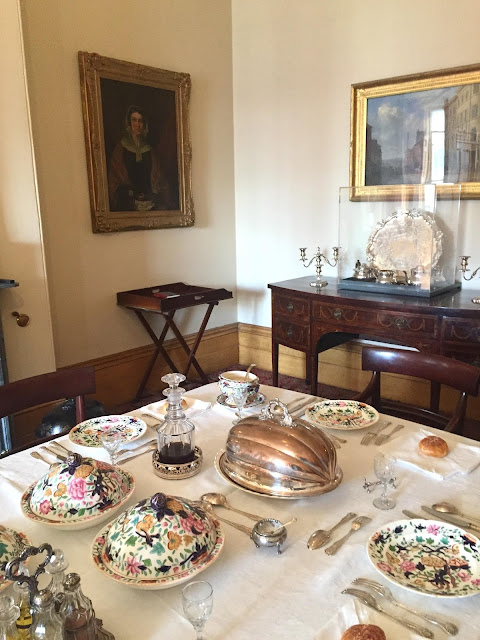 The volunteers at the house are very friendly and are clearly passionate about Elizabeth. The first volunteer I spoke to suggested that I speak to each of her colleagues to get their opinions on whether we can think of Elizabeth as being a feminist. Every volunteer emphasised that Elizabeth was an incredible woman. She was confident and sure of herself, despite living in an era where women were second to their husbands, brothers and fathers. One volunteer explained how Elizabeth was in charge of the family's finances, which was very unusual. Plus, she bought her own house in Hampshire without her husband knowing and went on many holidays without him too. When weighing these things up with the knowledge that Elizabeth represented working class women and criticised Victorian societal views towards women in her progressive novels, it's easy to assume that she was a feminist.

However, we must remember that Elizabeth lived in a culture where women were not seen as being equal to men, and people just accepted this idea. It was all she ever knew, and the term "feminism" didn't even exist, it wouldn't have been in Elizabeth's consciousness.

With another volunteer, I discussed how Elizabeth surrounded herself with influential men such as Charles Dickens and her very-well-thought-of husband. When thinking about how supportive William was of his wife's writing, even though it was very progressive, addressed difficult issues, and upset some of their peers, it seems that their marriage was very modern! We speculated whether the fact that William was so well respected meant that Elizabeth could get away with her outspokenness, and whether she were untouchable as such. My mind wondered to the image of Elizabeth cleverly using subliminal messages to drum her ideas and opinions into her husband and Dickens, so that they could spread them to the world... I'm pretty certain that this did not happen, but it was an amusing image nonetheless. 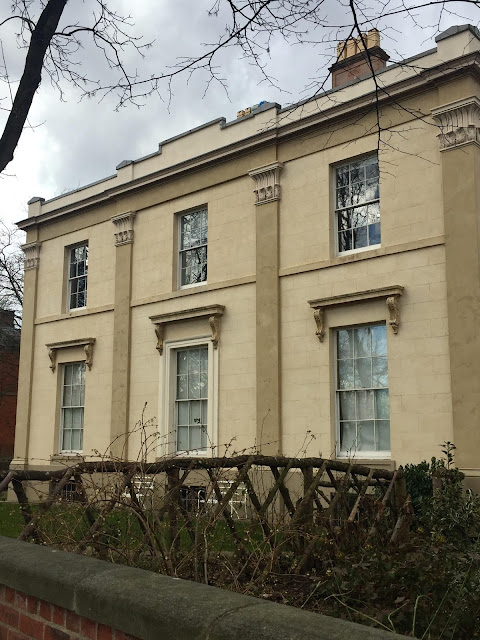 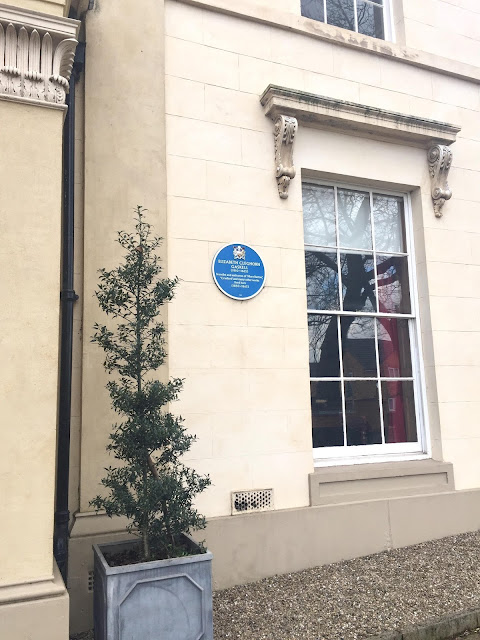 After speaking to the volunteers and finding out more about Elizabeth's life, I came to the conclusion that although we cannot class Elizabeth as a feminist (remember, feminism didn't exist during her lifetime) and although she too would have seen herself as being second to her husband, women can still look up to her today... I am certainly inspired by her. Elizabeth was a mother to four daughters (and one infant son who sadly passed away), had an extremely busy social life, and managed to write five novels and numerous novellas, collections, short stories and works of non-fiction in her (fairly short) life. She had her own mind and her own ideas, she highlighted important social issues, and she definitely did not fit into the mould of a stereotypical mild and submissive Victorian wife.

I urge you to go and visit Elizabeth Gaskell's house for yourself and talk to the lovely volunteers... you will come away feeling full of life and inspired to get your own ideas and opinions out into the world.