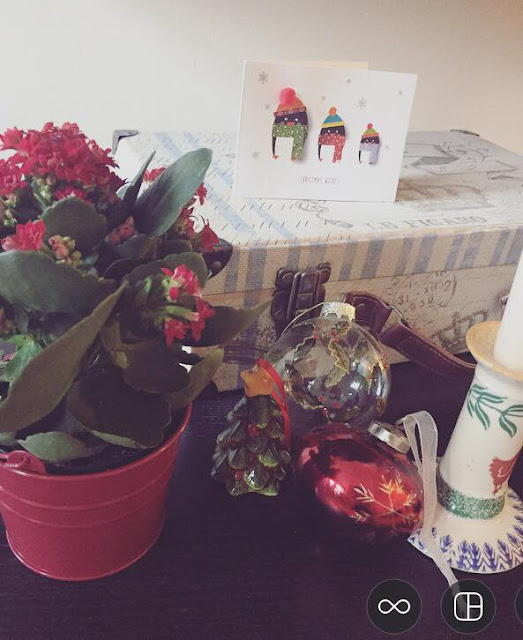 Christmas Day always started with the opening of stocking presents. This was a solitary act, both my brother to stay in our rooms and just get the job done. This involved grabbing each present and ripping off the paper as if someone might snatch the thing away if we weren’t quick enough.

Stocking presents were little goofy things and often included chocolate too. We also had our main presents, which we would open downstairs in the living room with our parents watching on. This was the grand event and the best part of the day. I still remember my favourite ever gift was a pink castle with a little dragon inside. I clearly thought I had died and gone to heaven.

But my mother was most insistent that the fun should last all day so we also had a third category of present. These were the tree presents and they could not be opened until 4 o’clock in the afternoon. That way, we still had something to look forward to and there was less of a sense of anticlimax after opening our main gifts. We used to beg my mum to relent but she stuck to her guns and it definitely helped make the day more exciting.

Dinner was cooked by my mother, with her mother watching on with a fairly critical eye as she sipped her Christmas sherry. I’m sure it was pretty stressful for my mum but she coped like a real trooper. My dad his in his study, probably hoping Christmas would just go away but he usually cheered up around the time the food was served!!

Once I was old enough, I was given responsibility for making the bread sauce, a role which I still have to this very day. Christmas would not be the same without me staring anxiously into the pot while stirring the heavy goo and hoping my sauce will live up to the rest of the meal. I’m not given responsibility for much else which probably tells you everything you need to know about my culinary skills!

Christmas lunch was served in the dining room at the big table, which we had to extend to fit the whole family around. That was always quite a job and involved a certain amount of swearing from my Dad. I don’t think that table was used that way very often so it wasn’t very obliging when he went to adjust it. He used to stare at if for a while before moving in, a bit like a hunter sizing up its prey.

Once in position, which could take a while, the table was beautifully decorated by my mum. I remember marvelling that the room could look so pretty. We would have Christmas crackers at the table too, if I remember rightly. Some of them were held back for later on (my mother again, trying to make the fun last!)

Crackers are one of my favourite parts of Christmas. I think they’re underrated. They’re more presents after all, and even if they’re rubbish presents, the anticipation and the sound and the brief smell of burning make the whole thing worthwhile as far as I’m concerned. Crackers are a thing I could not live without on Christmas Day.

By tea-time, it was already beginning to dawn on us, as mum brought round the turkey sandwiches, that we would be eating turkey for quite some time. I think that’s where the sauces really come into their own. We could vary it a bit by having stuffing one day and cranberry sauce the next. It still got pretty dull pretty quickly.

These days, some of us are vegetarian or pescatarian. The family is also spread out round the country. It’s definitely not the same. But it’s still good to get together and spend some time. And we still eat well. Thank heavens for nut roast!!