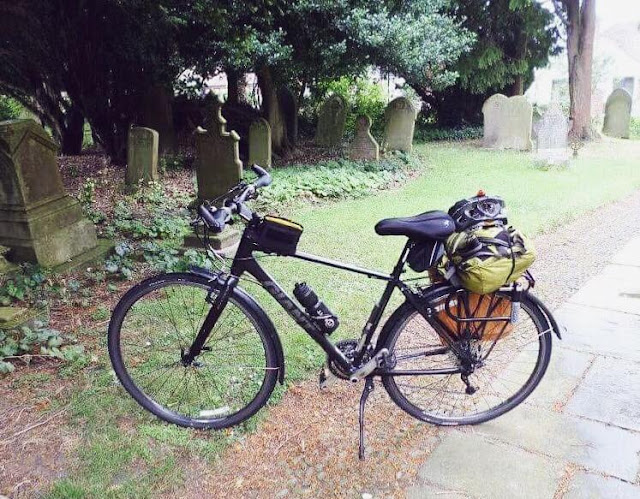 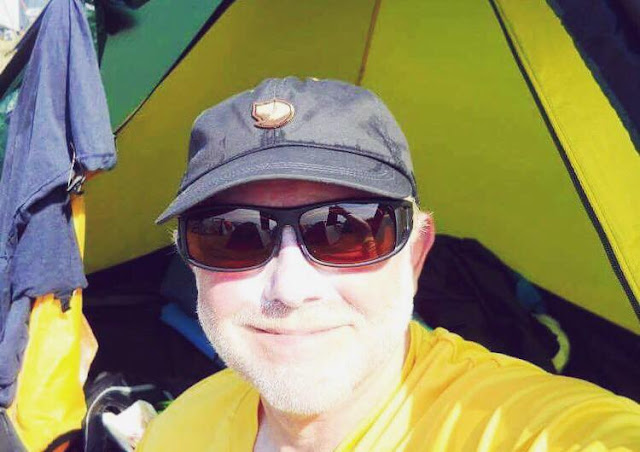 When I returned to the UK 6 years ago, after having lived in SA for 30 years, one of the things I was most looking forward to was finding great and easily available vegan food. SA, at that time, was carnivore territory with the braai (BBQ) the centre of social life: "How do you like your steak?" "Well, actually, I'm vegan: I don't eat meat." "Hur, hur: you don't know what you're missing." / "Hur, hur, more for me!" etc. But after being taken around the local ASDA, I was very disappointed. There was no vegan food. In SA there had been Fry's, makers of excellent vegan "soysages", burgers and hot dogs, but they were not in the supermarkets here. There was, of course, the ubiquitous hummus (pronounced with the h as in Scottish 'loch') and this proved to be my standby food whilst travelling. Sure, you could get tofu in some health stores (or if you were lucky to be in a place with a large Chinese or Korean community) but in the main stores - nada!

When I took up pet-sitting I often cycled between assignments, sometimes for several days, and finding vegan food was a real challenge. There were of course places like (adopts reverent tone) Brighton, where one could not just have a choice of dishes but (gasp!) a choice of places to eat! Very few of the chain restaurants offered any vegan options and, if they did, it was roasted vegetables. (Also the fall back offering when visiting friends...) Asking at a pub if their beers were vegan usually resulted in a blank and suspicious stare. ("Bleeding townies with their fancy ways! Go on, shove off") At the end of a hard days cycling it was almost always a trip to the co-op and a supper of hummus and "leaves". The further north you went, the worse it became.

To be honest being a nomadic vegan at that time felt a bit like being a martyr. Stopping outside "Mrs Lovely's Cake Emporium"; feeling that glimmer of hope (they might have something...); stepping inside; approaching the counter: "Excuse me. Are any of your cakes vegan? (Puzzled expression.) Having no dairy or eggs?" And receiving the reply of: "How can you have cake with no eggs?"
...And it's back to the shop for a packet of Hobnobs!

There was however the wonderful rare serendipity of finding a tea-room with vegan options. These were always independent shops usually with a distinctly alternative feel about them and were run more as a labour of love than as a business. Oh, the joy of being able to sit down to a cup of tea and a slice of cake without having to do the "Is any of this vegan?". Most often my best bet was to arrive on a Market Day, as there was usually a few stalls selling vegan goodies. In Macclesfield, I discovered vegan black pudding! I was back there a few months ago and was delighted to find that it is still available: in fact you have to get to the stall early as it sells out so quickly (V Pud is the trade name).

Over the 6 years I have been travelling around the UK things have changed dramatically, with most supermarkets now stocking a wide range of vegan food, and many of the bigger chain supermarkets offering numerous vegan options. It is, now, much, much easier to be a vegan nomad, but when you are next sitting down with friends at a restaurant and confidently pointing to one of the options marked with a discrete curly green V, spare a thought for the traveller of only a few years before hunkering down, somewhere in the countryside, with a tub of hummus and a box of crackers.