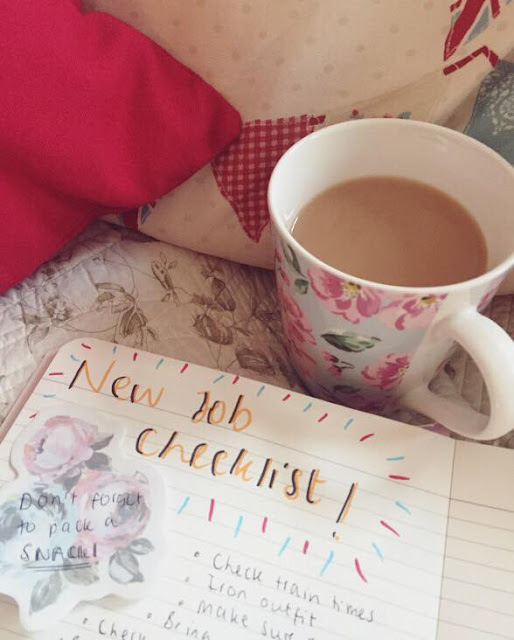 New job!! I just got a new job! I will be working on an ad-hoc basis for a research company. Super-excited obviously, but also nervous. I've already done some training with them, which was over the internet via conference call.

That's a mighty strange experience, especially as the training team could see me via webcam but I couldn't see them. They were showing their screens instead of their faces so that we trainees could access the PowerPoint presentation being used. Fair enough, but it would have been nice to say hello to a face rather than a disembodied voice.

Thankfully, there's also face-to-face training this week where I'll actually get to meet everyone in person. I'm looking forward to that. I've had so many email conversations with one of the team that I feel like we're old friends already!

The actual work has already started. Apparently, I have had just enough training to at least begin. I can't say too much about what I'm doing other than it involves going into schools and overseeing research. Right now, I'm in a train station waiting for a train which will take me up north to County Durham.

I decided to take the train because driving long distances hurts my neck and shoulders (blame the EDS.) However, having lugged a small suitcase full of research materials half way around town, I don’t think I’ve necessarily done myself any favours.

I have learned a few things though: bus fares into town have increased again; the waiting room at the station now has actual heating (result!); trains still don’t tend to run on time, or perhaps that’s just the ones I have to catch!! The length of the delay currently stands at about 8 minutes. That’s already increased from 5 minutes so will probably go up again. Perhaps there are leaves on the line.

When I arrive, I won’t have much time to look around the place. It will be straight to the school. Going into different schools is an absolute joy for me. It’s fascinating to see how other places work and to soak up the atmosphere. You can sense so much about a school from the first few minutes. In fact, I should probably write a blog about how to find a good one.

Unfortunately, that’s not easy. You can never really know about a school unless you have a very honest conversation with a teacher who works there, or you have a chance to chat to an older student. They tend to know what’s what and, if the place is a corporate hell-hole, as many schools are these days, the older ones feel the brunt of it the most and will probably be able to tell you all about it.

It’s sad that we’ve made our children the bottom of the corporate pyramid. They already know what it is to have a boss that doesn’t care about them and organisational systems that don’t really allow place to function to its fullest potential.

Do I sound negative? Well, put that down to experience. The good news is that there are lots of great schools breaking the mold and, with a change of government, this could improve even further in the future.

My train should, at least in theory, be here soon. I’m going to grab myself a latte (wonder if I can claim that on expenses?!) and drag my suitcase just a wee bit further. Hopefully, the quiet coach will actually be quiet. That would feel like a minor victory at least!