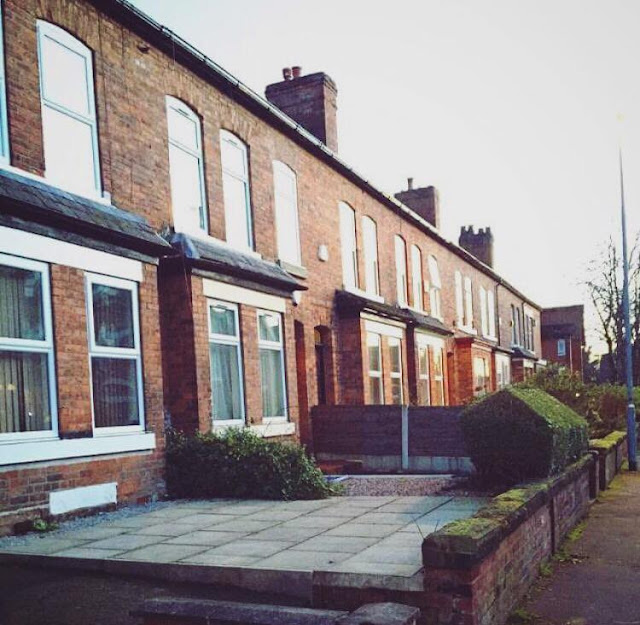 Most people are getting excited for the festive season at this time of year... planning when to put the Christmas tree up and getting shoeboxes full of dusty decorations out of the cupboard under the stairs. But for the student population of the UK, this time of year usually means desperately trying to find a nice house for your next year at uni... trying to find a lovely group of like-minded people to live with, trying to find somewhere within your budget that isn't a damp monstrosity, and also deciding that being an adult is pants.

I graduated in the summer and am now living in an actual real adult flat rather than student digs, but during my three years at the University of Manchester, I gained rather a lot of experience when it came to house-hunting and finding the right people to live with (pre-warning... I had pretty terrible experiences as well as fab experiences!). To help save the student population of today from finding themselves trapped somewhere that doesn't feel like home, I thought I'd share my tips.

- Don't be afraid to have a good nose around

I've viewed student houses in about 3 minutes... in the front door, quick skim around the rooms, awkward polite "we'll let you know" to the estate agent/landlord, and out the door in a puff of smoke. For some reason, viewing houses can be a bit awkward. Finding a house for second year was the first time I had ever viewed properties, having never moved as a child. And although I was technically an adult (I was the grand old age of 18), I felt like I was pretending to be an adult and didn't really have a clue what I was doing! This awkwardness meant that my friends and I didn't have an in-depth look around any properties. I was lucky though, as my house for second year was in good condition and the estate agency were brilliant, but it all went downhill when it came to my third year abode.

My best friend and I had left it a bit later than usual to find a home and we felt anxious about securing one as soon as possible. We viewed a house that was packed full of the current tenant's belongings. They had so much stuff... lots of decorations, posters, storage... and they also had incense burning throughout the house. In hindsight, we should have been a bit suspicious about why they were covering up the "natural" scent of the house, and we should have been more confident about having a good nose around and looking behind all their stuff. But it's easy to feel intrusive when the tenants are present when you're looking around, and we felt under a lot of pressure to secure a place to live, so we said we'd take it. In hindsight, we were quite naive.

When the time came for us to move in (into the now-empty house), we discovered that the property was in actual fact a damp, mouldy, rodent ridden hovel. Luckily we managed to get out of the contract and find somewhere much nicer (I will spare you the details but it was an incredibly stressful couple of weeks and we thought we were going to be stuck in that hell hole for the year) but I wish that we had had a proper look around in the first place.

When we got out of the contract and started looking (again) for somewhere to live, we decided that we were going to be ruthless. We didn't care about offending landlords or estate agents. We searched high and low, looking for any evidence of mould or damp, and if it was found... we were out the door and onto the next viewing. In the end we found a lovely flat that was within our budget and perfect for the two of us. Just because you're a student doesn't mean you have to just put up with bad living conditions and neglectful landlords/estate agents. Don't be afraid to be assertive and bold, it's your money at the end of the day. 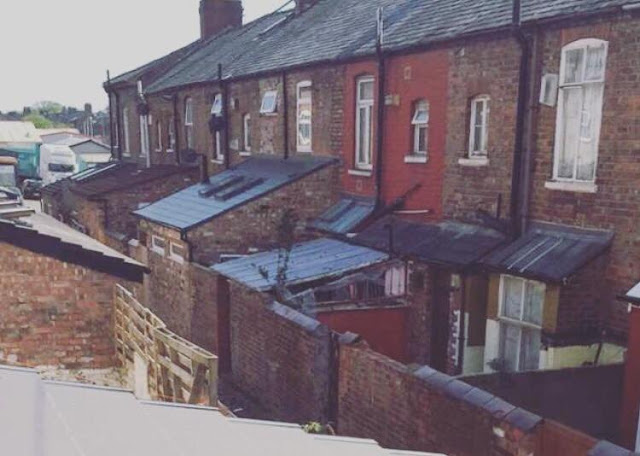 - Go with your gut feeling when choosing who to live with

Finding a house for your second year is really tough. You've only known your new friends for a couple of months when you already have to decide who you're going to live with next year. And it's totally different from first year when you're in halls and don't have to worry about bills. In your second year, you'll most likely have to sort out and divvy up bills with you housemates, so you'll want to make sure you're living with reliable, mature people. Try not to be pressured into sharing with anyone who you have a bad gut feeling about. Be polite but don't worry too much about offending people... you've got to put yourself first sometimes. By my third year of university I was fed up of living with lots of people and all the dirty dishes and cliques that it brought about. I am so glad that I lived with just my best friend, Kat, it made our final year as undergraduates very chilled out... plus you'll always know who's been stealing your crisps!

Following on from my previous points, it's best if you manage to find a group of people (or just another person) who are/is on your wavelength... and not just in terms of music and TV etc. It's much easier if you all have a similar budget and similar expectations for the property. Additionally, if you're a bit of a party animal, it's probably best to live with people who won't mind you coming in late, having friends round and playing music loudly - it'll just cause less arguments and bitchiness.

I hope these tips have been useful and will remind you students out there that you don't have to put up with carless landlords and bad living conditions. Student rent isn't really any cheaper than normal proper adult rent... so spend your money wisely! And remember that you're allowed to be decisive and a little bit ruthless... you'll be sharing your home with whoever you choose to share with, and you don't want to be unhappy in your own home. I've been there and done that, and it wasn't fun.