A word on spelling and handwriting from a secondary English teacher... 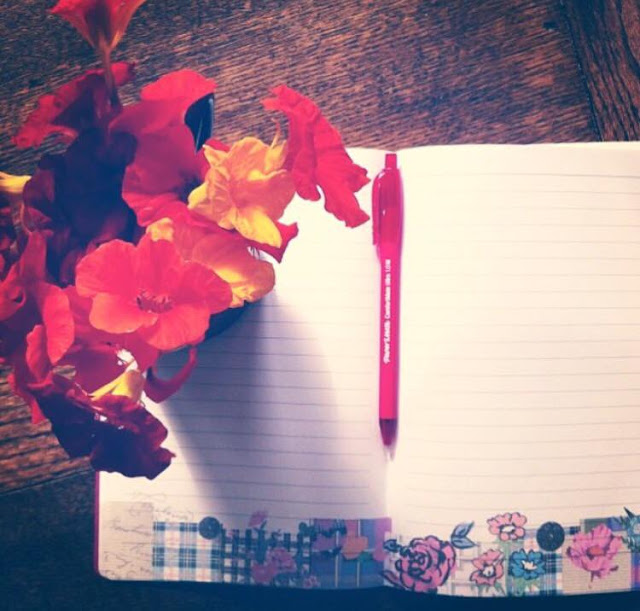 I know this topic is something a lot of parents worry about. We worry that a child's handwriting is too messy or that their spelling is poor. We wonder if this will hold them back in some way. I completely get it because I'm a grammar and spelling geek. Of course I am; I'm an English teacher. When I text people, I use full sentences and I'm the first person to shudder when I see a misplaced apostrophe.

For these reasons, what I'm about to say may come as something of a surprise. Here it is: we need to stop fixating on things that, though they are very visible to us, don't really matter a great deal in the long run. Before you gasp in horror and run away, let me explain.

Nobody is suggesting that spelling and handwriting are completely irrelevant but I want to tell you a wee anecdote about a boy called Alex. He represents an extreme example of something I see a lot at secondary school. Alex had a hard time writing. In fact, he wouldn't do it all sometimes, or would only do the bare minimum. And yet, he had an incredibly creative mind and lots of ideas. I worked one-to-one with Alex and discovered the root of the problem.

His very well-meaning Mum and his equally well-meaning teachers in primary school had made him obsessive about his messy handwriting and poor spelling. So much so that putting pen to paper was agony; it instantly made him feel like a failure. If I was willing to scribe for him, his creative writing skills were unusually strong. He would have been likely to go on and get an A* (an 8 or 9 nowadays) for his ability to craft language and devise a story. However, when he wrote it himself, we'd only get three or four lines. That would be the equivalent of an G or a U in old money. And in any exam he might sit, he would not get a scribe because his emotional difficulty in putting pen to paper is not recognised as a true need.

It took my sitting down with him and showing him various English mark schemes to convince him that handwriting is not assessed at all at GCSE (it only needs to be legible so we can understand the ideas being expressed.) Spelling is worth very little too. It really only has an impact if a child can't spell very basic words. It is always the case that an ambitious word will reap more marks for vocabulary than it would ever lose for poor spelling.

And that's fair enough because we live in an age where we have computer spell-checkers and paid proofreaders. Lots of people can't spell very well. It really is not a barrier. And every GP in the country has shoddy handwriting; they're still allowed to practice medicine.

The damage we can do to children by placing too much emphasis on the wrong skills is immense. Although Alex was extreme, I've lost count of all the children I've taught who were afraid of writing because of poor spelling. Writing is not spelling. Writing is self-expression; the exploration of ideas; finding a voice. We would all do well to remember that and to encourage creativity and engagement above all else. After all, a child who is unwilling to write, is never going to master spelling anyway.